Welcomed ‘home’ with a moving pōwhiri (traditional Māori welcome), the international visitors spoke with officers and leaders from around the territory on Thursday, the first day of the four-day Encounter congress. 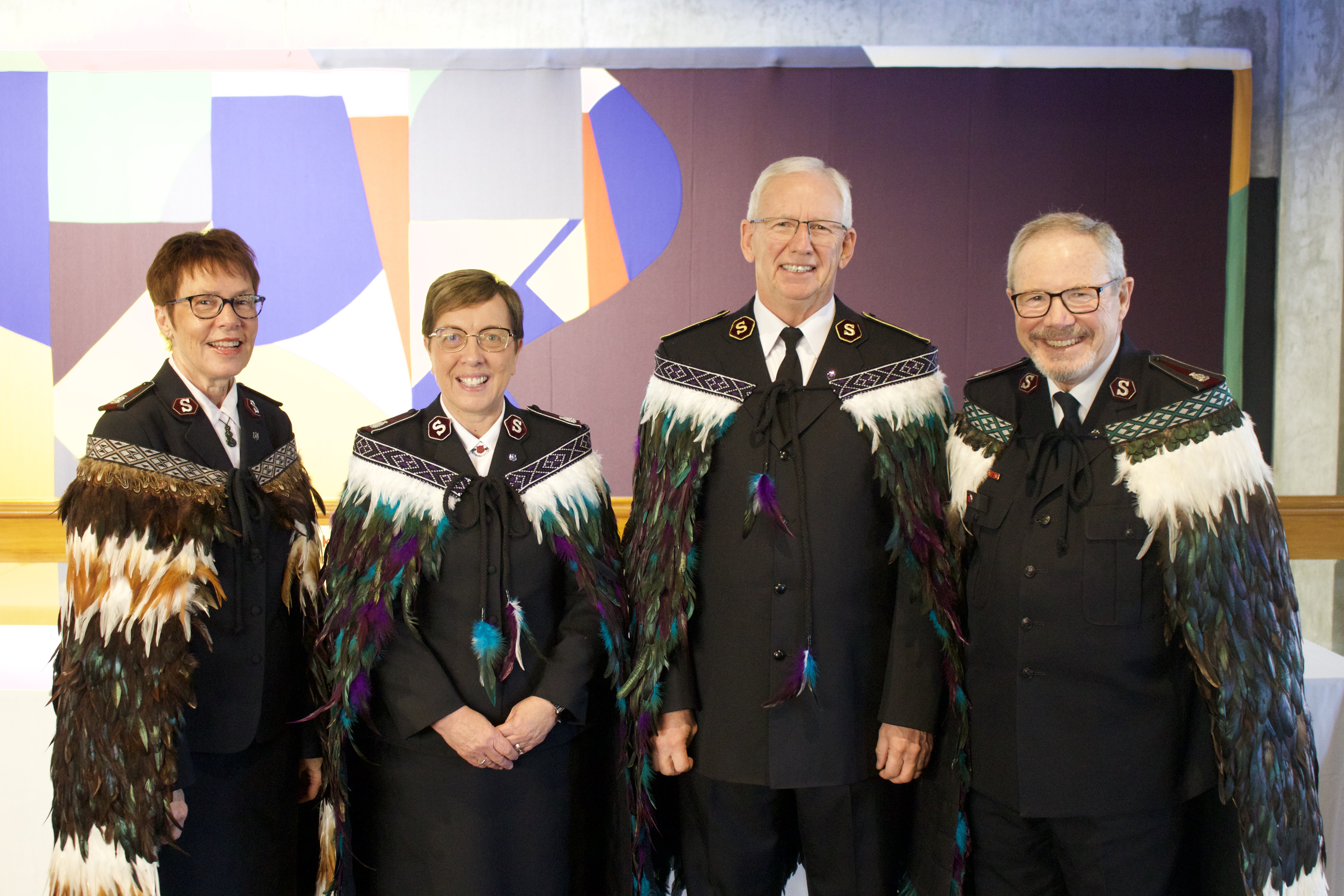 Later, hundreds of people gathered for a Cultural Encounter night where Salvationists from the territory’s island nations and the Māori Ministry group from New Zealand presented a taste of culture through song, dance, spoken words and imagery. The General offered insight into the work of The Salvation Army internationally, sharing both challenges and celebrations.

The evening concluded with an opportunity for the General and Commissioner Rosalie to meet members of territorial boards and councils, and with Justin Lester, Mayor of Wellington.

During Mission Conference on Friday, the General sat in the ‘hot seat’ for a question-and-answer time facilitated by Major Christina Tyson. A wide variety of topics was covered, and those present were encouraged and challenged by the General’s words.

More than 100 young people gathered for pizza, free T-shirts and a chance to get up close with the international leaders. The General proudly sported one of the T-shirts, designed as a modern twist on the old-school Salvation Army guernsey. Young people, leaders and divisional officers were able to share their concerns, challenges and ‘wins’ with the international leaders, who gave encouragement through their conversations. Many selfies were taken with the visitors – as happened throughout the weekend.

The Salvation Army’s own Hamodava brand of Fairtrade coffee was served at a cafe where, while listening to Suva Central Corps band before the evening service, the General was spotted getting behind the coffee machine to make his own drink, assisted by Envoy Stewart Irwin.

Friday night’s family celebration was not a typical congress meeting. Commissioner Rosalie joined Territorial Youth Secretary Captain Mat Badger and Ben Clark (one of the young people) on stage for a game with ‘wobble bobble balls’, leading her team to victory!

Throughout the event, the General and Commissioner Rosalie preached with passion and with an expectation that God wants to move significantly within the territory. They were generous with their time, speaking with individuals and groups, and reconnecting with people from when they had served in the territory from 2007-2009 as leaders of the Northern Division.

Saturday night and Sunday morning provided opportunities for the General to share his international ‘Call to Mission’, and over the weekend the mercy seat was lined with seekers many times over as people responded to the invitation to encounter God in a new and fresh way.