Have you got a few minutes to help us improve our website in a short survey? Tell us what you think

Note: At this time we are unable to fulfil sales due to the current situation. International Headquarters is currently closed, with staff working remotely. We will do our best to fulfil orders when we return to IHQ.

Salvation Books is the book publishing imprint of International Headquarters. Some of its recent publications include: 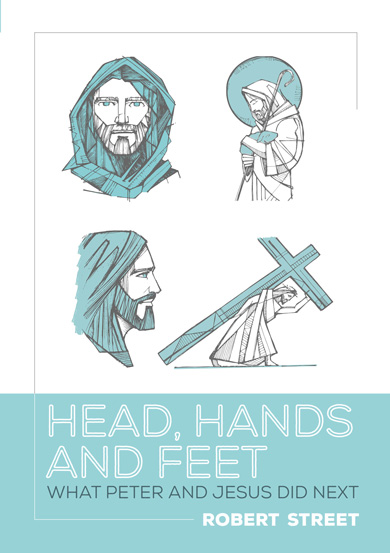 When Peter spontaneously asked Jesus to wash his head and hands as well as his feet, he could hardly have imagined what his head, hands and feet would do in the next few hours. Even less would he have realised what a contrast the head, hands and feet of Jesus would make with his own actions.

This study looks at events of the night before Jesus died and compares the actions of the disciples with the calm, controlled and caring way in which Jesus did what needed to be done.

It can also be used for group study, with those participating sharing their thoughts. The subjects have been chosen to stimulate thought about the depth of love found in Jesus Christ and how he deals with our inadequacies.

By contrasting the actions of Peter and the disciples with those of Jesus, we can see more clearly how Jesus refused to be distracted from doing his Father's will and how we can learn from his total commitment to us and our salvation.

There is also a post-Resurrection study to follow through Peter's spiritual renewal and reconciliation with Jesus. 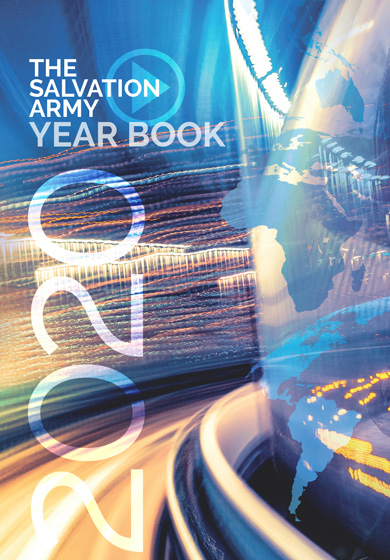 Find out more at the Year Book page. 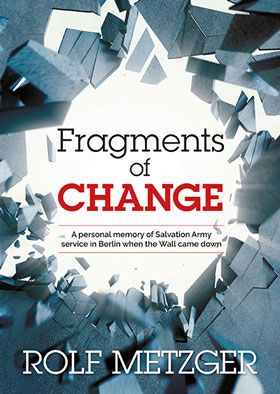 ‘Fragments of Change’ by Rolf Metzger

‘I had never dreamed anything like this would happen. I had come to Berlin with my family to lead the small Salvation Army in the west of the city. Suddenly I found myself at the centre of world history in the making.’

The massive political changes in East Germany thirty years ago were exciting, exhilarating and unsettling for citizens of the then German Democratic Republic, but also for those in the West, especially in West Berlin. The Salvation Army had been forbidden to function in the East for more than four decades, but now came the opportunity to build it up anew — a truly historic responsibility.

The ‘Fragments of Change’ in this volume are sometimes lighthearted, sometimes serious but always authentic stories recounting personal experiences and the situations with which many had to struggle and some still do, even now, 30 years later. 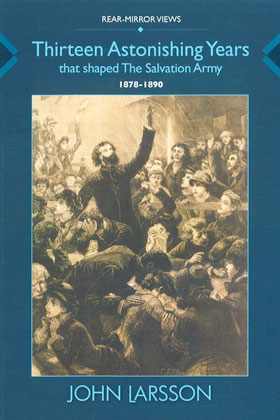 ‘Early one morning in May 1878 a tall bearded man, wearing a long yellow dressing gown and felt slippers, set off an explosion in his London bedroom.’

(The man in question was, of course, William Booth!) So begins chapter one of the latest book from the pen of John Larsson, which offers a fascinating insight into some of the most remarkable years in the history of The Salvation Army. Drawing on a series of ‘Rear-Mirror Views’ articles published in the UK Salvationist magazine, the book comprises 36 short chapters, each focusing on events or personalities crucial to the expansion of the Army in thirteen astonishing years of the late 19th century.

John Larsson writes in his usual free-flowing and engaging style as he tells the story of those years and introduces the key personalities through whom the Lord worked. 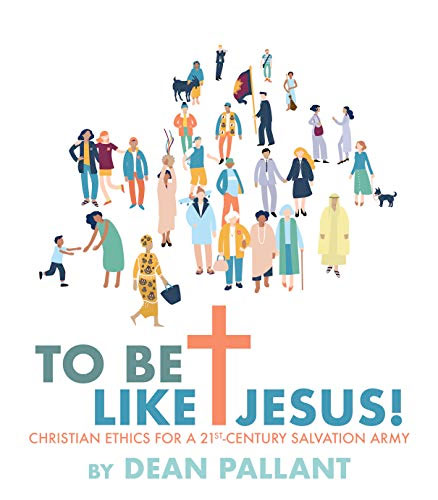 To Be Like Jesus! tackles topics challenging people around the world – the power of governments and corporations, abortion, racism, singleness, marriage, divorce, same-sex relationships, pornography, social media, refugees, human trafficking and more. Readers are encouraged to develop their opinions and actions inspired by the life and teaching of Jesus Christ and informed by the Bible, science, previous generations of Christians and many other sources. 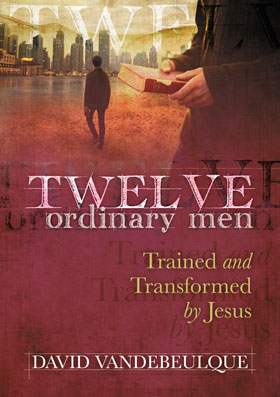 ‘Today, in the 21st century, you and I are the disciples! We may not feel up to the task for we are living in difficult times. We may be tempted to think, “I am no Peter or John.” Well, think again! Life was different, but no easier or better than ours; the apostles were ordinary people like you and me. I am convinced that in every church today there are Andrews, Matthews, Thomases ... and that these people can have a ministry just as wonderful as the disciples of the Early Church.’

Inspired by the gospel and passionate about the Christian’s commitment to society, David Vandebeulque invites us to discover the personality of each of the twelve disciples. He shows us how Christ was able to manage the differences within the group, to transform them, but also to value and use their particular abilities. Through contemporary anecdotes and comment, the author systematically links these twelve ordinary men to our 21st-century world.

Readers will discover traits that they recognise in themselves and see how their own personality can benefit their community. This book is also a fervent appeal for mutual understanding. An especially refreshing hymn to commitment and teamwork.

To order any of these books, please contact the trade department in your Salvation Army territory.