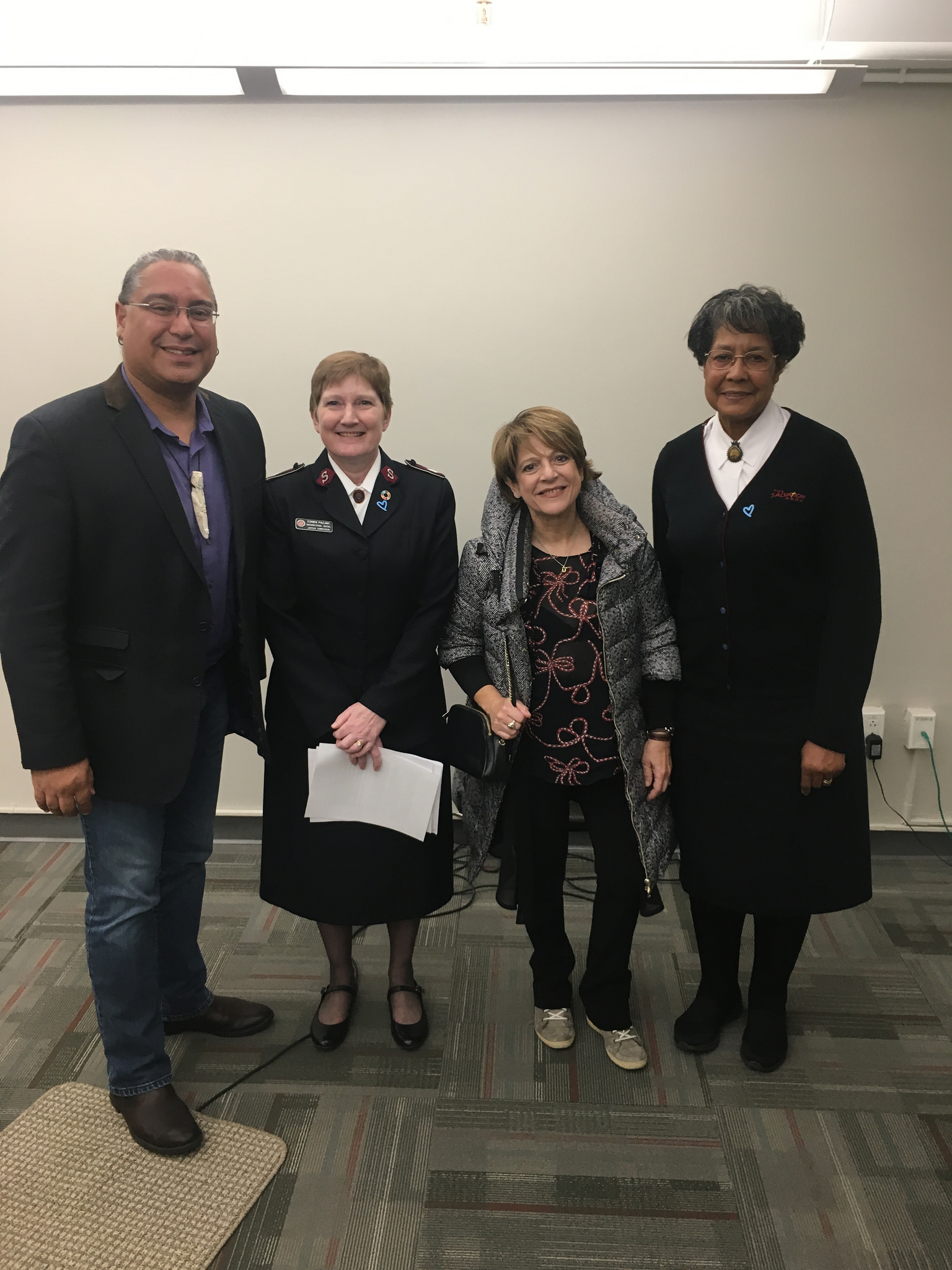 THE Salvation Army’s International Social Justice Commission (ISJC) recently welcomed the United Nations Special Rapporteur on Trafficking in Persons, Maria Grazia Giammarinaro, to the ISJC building in New York City, USA, for a meeting attended by a variety of USA-based organisations working to stop human trafficking. The meeting provided Ms Giammarinaro with an opportunity to hear a range of opinions and concerns about an issue that impacts millions of people.

Various topics were discussed in the meeting, such as the allocation of resources in regards to rehabilitating trafficking victims and survivors and how to execute the rehabilitation process. During the meeting, it became clear that there is a disconnect between securing freedom for trafficking survivors and preparing them for reintegration into society. There is also a significant discrepancy in the money spent in law enforcement and prosecuting individuals thought to be guilty of human trafficking compared to the relatively small funds invested in the rehabilitation of human trafficking victims and survivors.

A matter of 'luck'

One speaker argued that, in her experience, the ability to access assistance for a successful recovery is a matter of 'luck'. With multiple governmental and societal barriers, the road to recovery for survivors of trafficking is an uphill battle. Survivors who escape the world of human trafficking are often unable to afford basic necessities such as housing, health services and clothing.

Ms Giammarinaro asked those present to focus on how non-governmental and faith-based organisations can better participate in addressing the huge problem of human trafficking.

Lieut-Colonel Eirwen Pallant, Deputy Director of the ISJC and Chair of the International Anti-Human Trafficking Task Force, shared an overview of The Salvation Army’s international response to human trafficking. She highlighted concrete examples of work being carried out by The Salvation Army such as community rehabilitation projects in Nigeria and the Philippines, collaboration with others to address the issue in Kenya and overcoming stigma in the Democratic Republic of Congo.