SIX Salvation Army representatives attended the 11th General Assembly of the World Council of Churches (WCC). The Salvationists were among more than 3,500 church leaders and representatives who gathered in Karlsruhe, Germany, under the theme Christ’s Love Moves the World to Reconciliation and Unity. 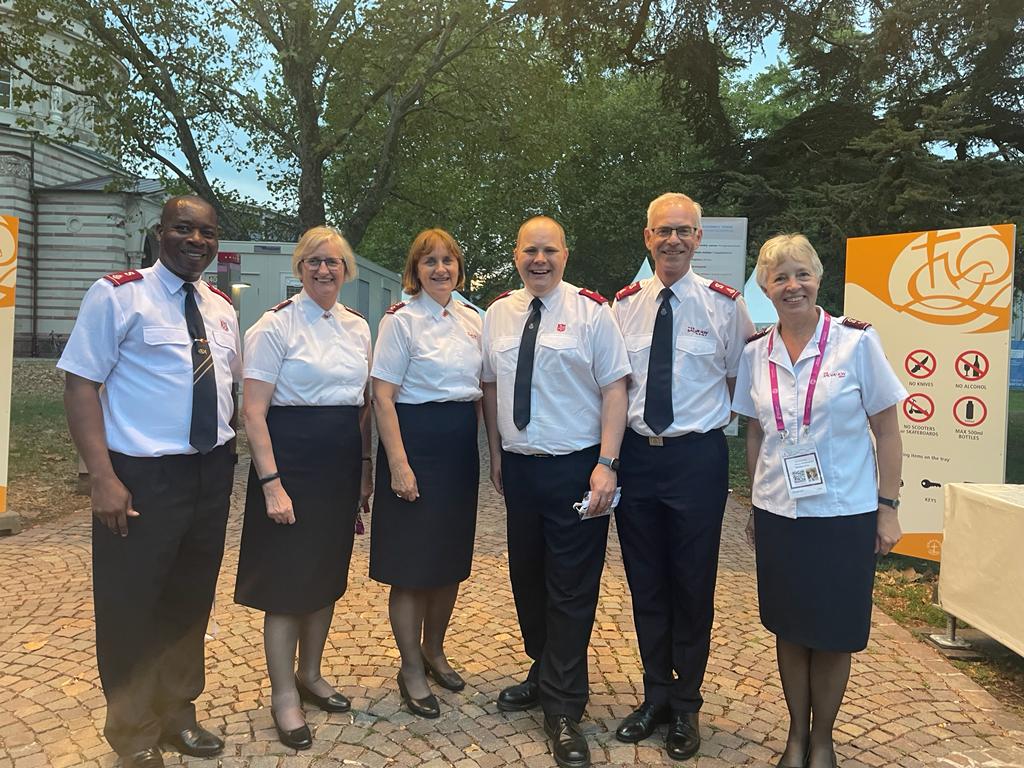 The nine-day gathering was opened by the Moderator of the WCC Central Committee, Dr Agnes Abuom (Anglican Church of Kenya), who said: ‘Absolutely fundamental to the WCC and the ecumenical movement are relationships … We encounter one another – in all our uniqueness – and recognise a neighbour in the stranger, unity in the midst of our diversity.’ The opening session also included a keynote speech by the President of Germany, Frank-Walter Steinmeier.

Each day began with morning prayers reflecting the rich diversity of cultures and spirituality of the 352 different churches represented. There was Salvation Army representation in the prayer sessions, with Commissioner Jane Paone, Secretary for International Ecumenical Relations at International Headquarters (IHQ) helping to lead prayers from the main stage on the assembly’s penultimate morning. After reading a prayer, the commissioner invited the congregation to join her in sharing the Lord’s Prayer, with each delegate praying in his or her own language. Afterwards, she said: ‘To hear this great assembly raise its voices in this prayer was a very moving experience.’

Daily plenary sessions addressed current concerns, such as the war in Ukraine, the climate crisis, social justice, the Church’s common witness and social justice and human dignity. Participants then met in small groups to reflect on these themes.

Small groups also met to discuss and make recommendations on 23 issues, ranging from evangelism to creation justice and from interreligious dialogue to theological education. A Unity Statement issued at the conclusion of the assembly referred to an ‘ecumenism of the heart’ in which ‘Christlike love … moves us to walk honestly and wholeheartedly beside one another, to try to see the world through the eyes of others and to have compassion for one another, to build the trust that is such a vital part of our ecumenical journey.’ 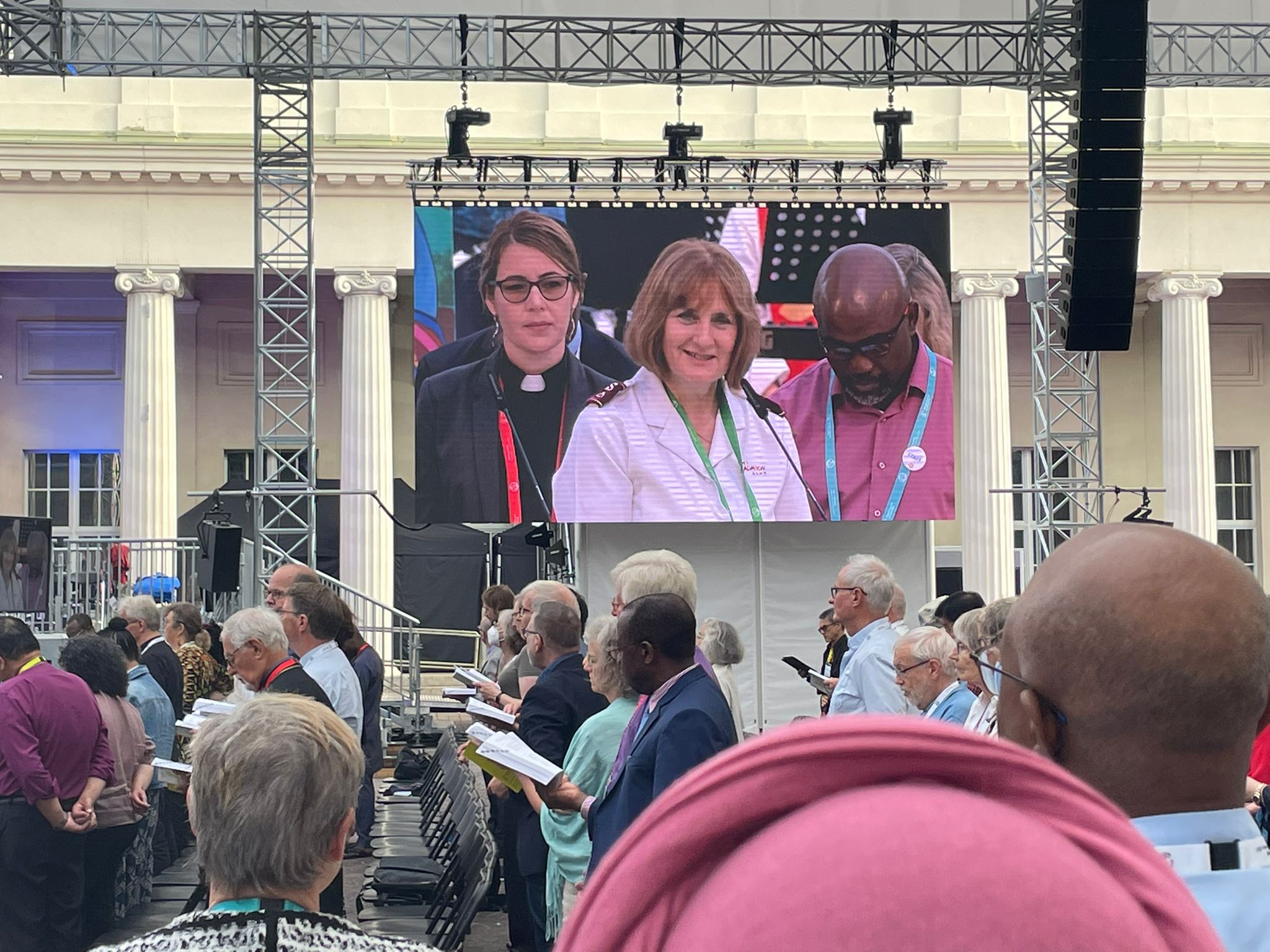 On Sunday, the Salvation Army delegates were made welcome at Mannheim Corps (church) and took part in worship, with Lieutenant Jonny Whitmore (UK and Ireland Territory) giving his testimony and Commissioner Paone preaching. They shared a meal with corps members and Chief Secretary Lieut-Colonel Hartmut Leisinger spoke to the group about the work of the Germany, Lithuania and Poland Territory.

Reflecting on the gathering, Commissioner Paone said: ‘It became clear over these days that the only way to reach our fractured world is for each follower of Christ to show his or her love to the world, beginning with his or her neighbour. It is also up to us to act justly, love mercy and walk humbly with our God. We pray that our active participation in showing Christ’s love may move us and the world to reconciliation and unity.’

The Salvation Army is an adviser member of the WCC, which was founded in 1948 to work for the cause of ecumenism. An assembly is normally held every eight years, but this gathering took place a year late because of the COVID-19 pandemic. The last assembly took place in Busan, Korea, in 2013.

Photos of the event can be found on the IHQ Flickr stream: sar.my/wcc-2022