HURRICANE Irma has caused devastation in parts of the Caribbean, rendering the island of Barbuda ‘barely habitable’ according to Prime Minister Gaston Browne. The Salvation Army on nearby Antigua is working with the government to provide emergency food supplies to evacuees who have fled the neighbouring island.

Meanwhile, the force of the 185 miles-per-hour wind has blown off scores of roofs on St Maarten, with heavy rain and storm surges inundating many more properties. The Salvation Army’s facilities on the island have sustained modest damage, but emergency shelter is still being provided to at least 37 people who have had to leave their homes. 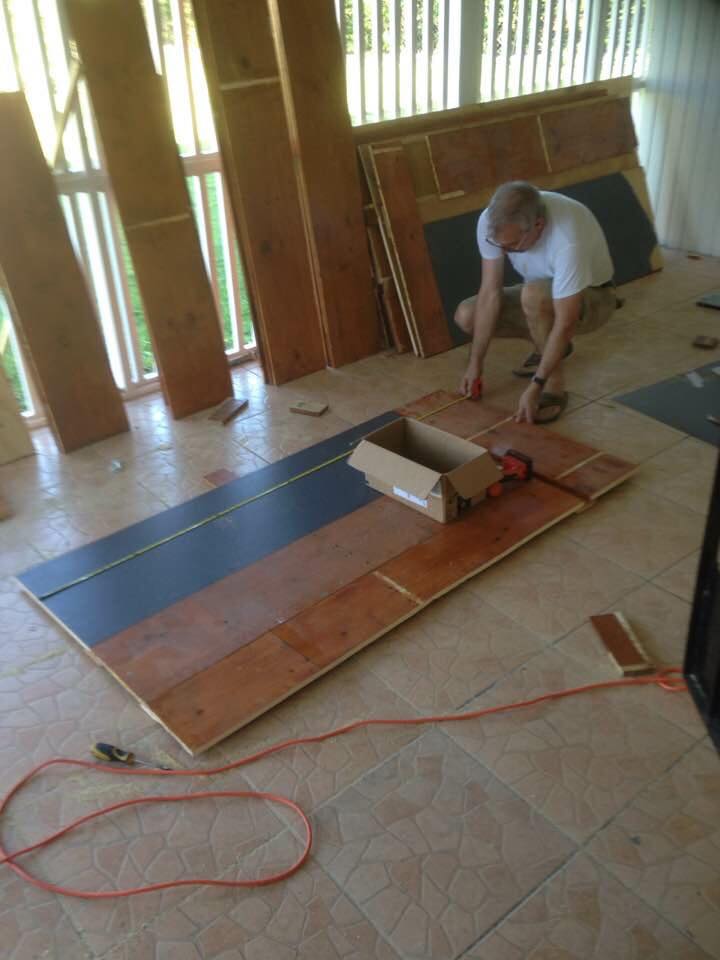 Territorial Commander Commissioner Mark Tillsley has encouraged Salvation Army personnel throughout the Caribbean to ‘give attention to those most vulnerable in the communities, and where possible make Salvation Army facilities available for shelter, support and practical assistance’.

While Puerto Rico escaped the worst of the storm and The Salvation Army’s response team could be stood down, meals are being provided in the flood-hit community of St Thomas in the US Virgin Islands. Cuba, Haiti and the Dominican Republic remain susceptible to storm damage, along with the Bahamas.

With most reliable meteorological models now anticipating that Hurricane Irma will make landfall as a Category 5 storm in southern Florida on Saturday, The Salvation Army’s USA Southern Territory is now coordinating unprecedented disaster responses on numerous fronts. All emergency disaster assets across the USA and Canada have been activated, and almost a third of a million meals have already been provided to survivors of Hurricane Harvey in Texas alone. A full-scale feeding operation is still ongoing, with no reduction in the number of Texans requiring The Salvation Army’s help – around 22,000 people each day.

General André Cox, The Salvation Army's international leader, took time out of his visit to nearby Atlanta, Georgia, to go to Houston and see for himself the Army's ministry to victims of Hurricane Harvey. He met some of the relief workers and spent time in the incident command centre.

Preparation in Florida for Hurricane Irma is being coordinated by USA Southern Territorial Disaster Coordinator Jeffrey Jellets in Atlanta, Georgia. He explains that orders have been given for up to four million people in Florida 'to leave their homes and tourist accommodation', which is being made difficult by fuel shortages and long queues at gas (petrol) stations.

As Florida-based mobile canteens return home after being deployed in Texas, staging of equipment and emergency supplies is taking place across the state, and as far north as the Carolinas and Virginia. All 47 Salvation Army corps (churches) in Florida are on standby to respond to the needs of an estimated 300,000 people who will require accommodation in temporary shelters as the storm passes through. At least ten incident management teams are ready to deal with tactical issues in the distribution of food, water, blankets, clothing and other vital supplies, in close liaison with state and county authorities.

The Salvation Army’s work across the affected areas will need to continue for many months, and donations are sought to support this ministry. The focus of the emergency appeal has broadened to ensure that support can be directed to where it is most needed. In the USA, please call 1-800-SAL-ARMY or visit helpsalvationarmy.org. In the rest of the world, donations can be made online at sar.my/amappeal.

IHQ Communications, from reports by the Caribbean and USA Southern Territories