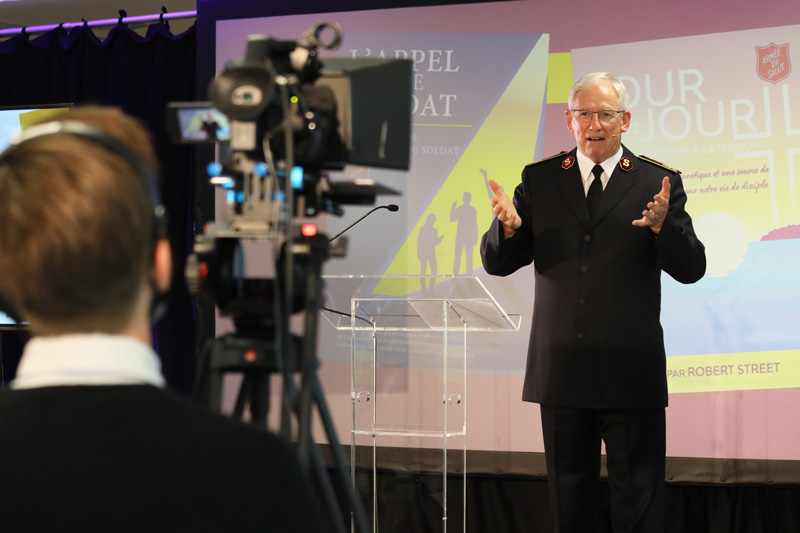 ‘A VERY different event’ is how the Chief of the Staff (Commissioner Lyndon Buckingham) described the live-streamed launch of two significant new books at International Headquarters (IHQ) in London. Unlike a normal book launch, the event was not intended to promote sales – for now, the books are not actually being put on sale but will be provided free of charge to every Salvation Army soldier worldwide – but to highlight the importance, value and potential of Salvation Army soldiership itself.

Called to be a Soldier – Exploring the Soldier’s Covenant is the successor to Chosen to be a Soldier (also sometimes known as Orders and Regulations for Soldiers of The Salvation Army). Compiled with the support of the International Theological Council, the book’s easy-to-read content focuses in turn on each of the ‘I will …’ statements of intention that form the Soldier’s Covenant by outlining the possibilities and opportunities of life as a Salvation Army soldier.

Published as a companion to Called to be a Soldier is Day by Day – Call to Mission, written by Commissioner Robert Street, which considers what following Jesus looks like in today’s reality.

Both books will be available in more than 50 languages and dialects, ensuring as many soldiers as possible can journey together in exploring the implications of soldiership. 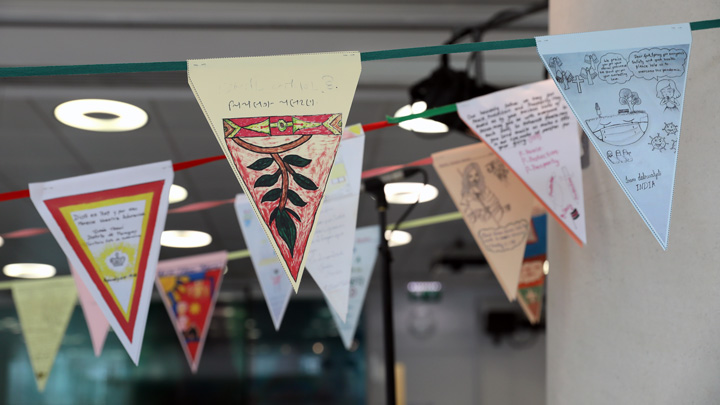 An Army of soldiers

Because of COVID-19 restrictions, only a limited number of people could attend in person, and it was noticeable that the places were given not primarily to commissioners but to lower-ranked IHQ officers and staff (many of whom are soldiers too). As General Brian Peddle made clear, this was an event to recognise that, if an army was only as good as its supply chain, so the success of The Salvation Army depends primarily on the steadfastness of its soldiers – and he included himself in that number.

Live music with congregational participation was not possible because of the current restrictions, so viewers worldwide were treated to a reminder of the spectacular version of ‘Joy in The Salvation Army’ from the ‘A Joyful Army’ session that launched the Boundless International Congress exactly six years ago to the day.

The Salvation Army’s internationalism was recognised through prayers in their native tongues from Captain Charles Chalrimawia (India), Major Loveth Onuorah (Nigeria) and Ashleigh Hunter (UK). Captain Charles gave thanks for God’s ‘inclusive calling’, which ensured that every person has a purpose. Major Loveth prayed that God would ‘breathe life into all the pages of these books’ so that all who read them ‘will feel the touch of your Spirit which will transform their lives for your glory’. Ashleigh thanked God for the ‘scattered Army, united in you’ and called on the creator to ‘take our lives … our whole lives’.

Appearing in a video, Lieutenant Kiyoshi Higuyi from Japan shared how he had come to worship at The Salvation Army. He first came into contact with the Army at a conference in Mizoram, India, where he describes the Salvationists he met as ‘shining’. It was there that he felt God calling him to become a Salvationist too.

Another video, this time from The Netherlands, showed the sharing of faith between the generations. Junior soldier Methe introduced viewers to Mia, her grandmother. Together they explore why Mia’s faith is so important to her and Mia learns the ‘beautiful solution’ that her granddaughter feels safe being loved by God.

The value of young people’s faith and prayers was highlighted by the Chief of the Staff, who pointed out more than 300 prayers that had been sent by young people from around the world and turned into bunting that was hung around the meeting room. He also encouraged viewers to explore inter-age ‘life-giving’ spiritual conversations and shared news of a new card game, Faith Talks, that has been created to work through questions that might arise during the reading of Called to be a Soldier.

Another testimony came from François Nsengimana, from Rwanda. He spoke about his early years, when he attended a Roman Catholic church to please his mother, but thanked God for leading him to The Salvation Army. He shared his understanding of how being a Salvation Army soldier was following the will of God as shown in the Bible, emphasising the importance of evangelism and striving for social justice. 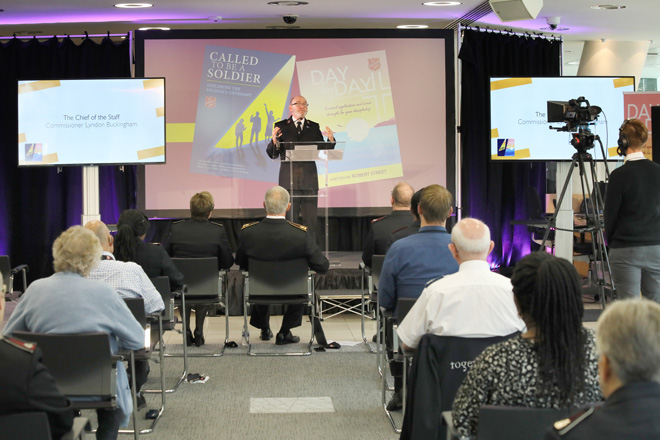 A slightly different testimony came through a video of a conversation between Commissioner Bronwyn Buckingham (World Secretary for Spiritual Life Development) and Patti Mazhude, a Zimbabwean Salvationist who worships at Upper Norwood Corps (church) in the UK. Patti spoke about the vital role to be played by Salvation Army soldiers in the world. She highlighted the importance of integrity and visibility, adding: ‘If we don’t share what we stand for, nobody will know what we are.’

Reflecting on being part of two different cultures in the UK and Zimbabwe, she warned against imposing our own cultural understandings on other people. ‘God accepts all of his children from all over the world,’ she concluded.

The General began his message by celebrating ‘a mobilised Army serving in Christ’s name’. He recognised the difficulties being faced right around the world, particularly those caused by the COVID pandemic, and declared: ‘Ours is a soldier’s task – pressed into service; saved to serve.’

He explained that Called to be a Soldier and Day by Day provide opportunities to ‘reconnect what it means to be a soldier’, adding that the time had come to move away from soldiership being a ‘rite of passage’ or simply an obligation. ‘We will be able to serve others with authenticity’, he declared.

‘I am asking,’ he challenged, ‘that all soldiers make themselves available and sacrificially share in God’s mission in the world … I celebrate that, in the midst of a great spiritual warfare, God is doing a new thing – and he calls us to join him in mission. The call is amazingly great and its significance is enormous.’

He concluded: ‘May God bless every soldier and each engagement in his mission to win the world for Jesus.’

The final words went to Commissioner Rosalie Peddle (World President of Women’s Ministries), who shared a prayer of dedication, thanking God for calling The Salvation Army into being ‘to be a dynamic force for good in this world’.