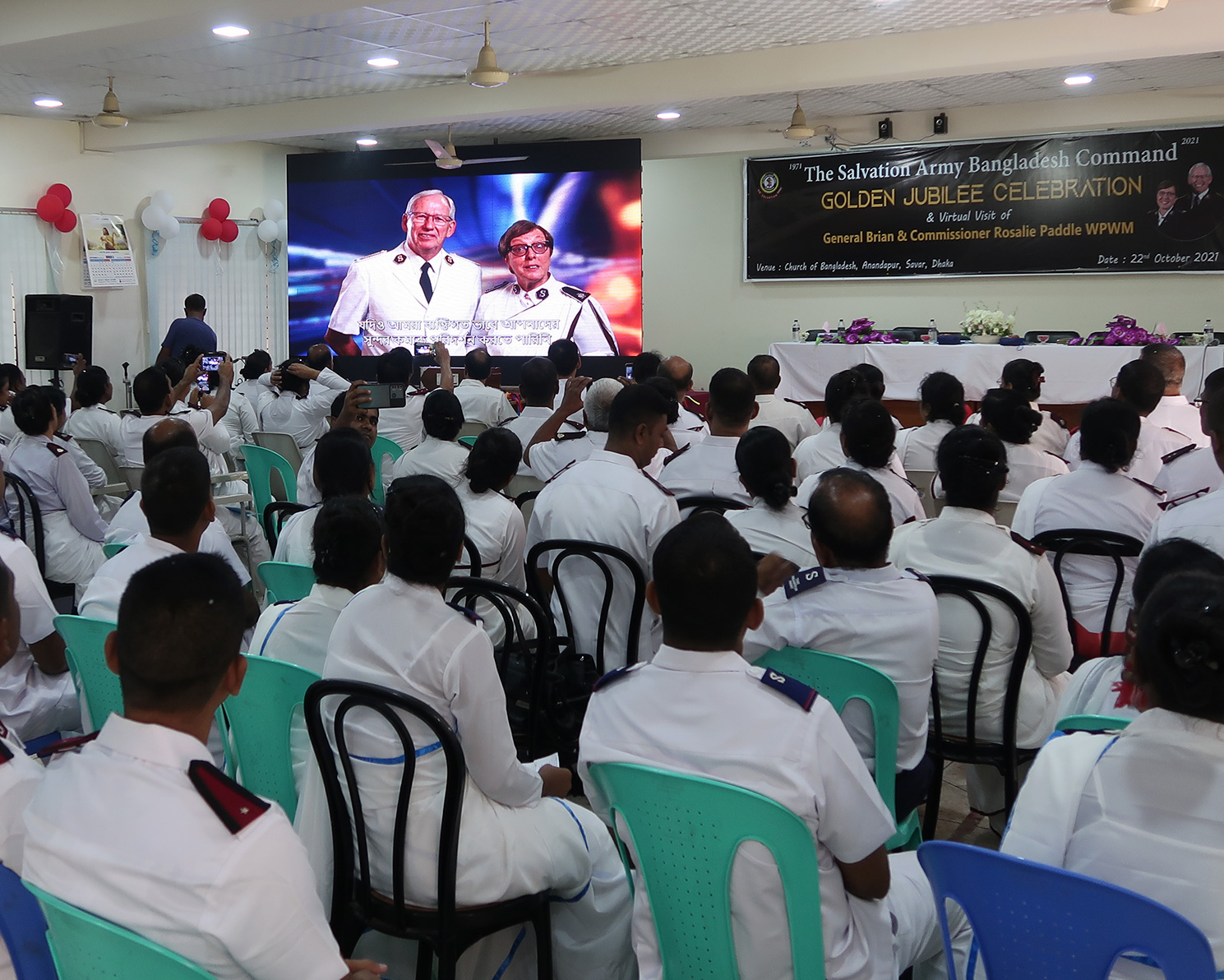 A ‘VIRTUAL visit’ from General Brian Peddle and Commissioner Rosalie Peddle (World President of Women’s Ministries) was a highlight of 50th anniversary celebrations for The Salvation Army’s Bangladesh Command. Based in Savar (Dhaka District), the event was held from 20 to 22 October, with the main Anniversary Celebration meeting taking place on Friday the 22nd.

More than 100 officers and cadets met in person but, because of COVID-19 restrictions, larger numbers were not allowed to gather. This meant that the sharing of the meetings online was particularly important to reach as many people as possible.

The meeting was filled with joy and thanksgiving to the Lord and Saviour for half a century of God-inspired ministry. The Salvation Army’s work in Bangladesh began after emergency responses to a cyclone in 1970 and a refugee crisis in 1971.

This history was explored but consideration was also given to the present situation and the future vision for the command. The cadets sang a group song and used a traditional way of sending ‘showers of blessing’ by throwing flower leaves into the congregation. A group of officers praised God with the timbrels. There was a spirit of joy as the congregation danced and made music to celebrate the 50 years of God’s mission in Bangladesh.

Sharing via online video from London, the General and Commissioner Rosalie shared greetings and congratulations. In his Bible message, the General called on Salvationists and friends in Bangladesh to be obedient, to believe and to surrender to God. He offered words of great encouragement, reminding his listeners that God will not abandon his people and that he is too powerful to fail. 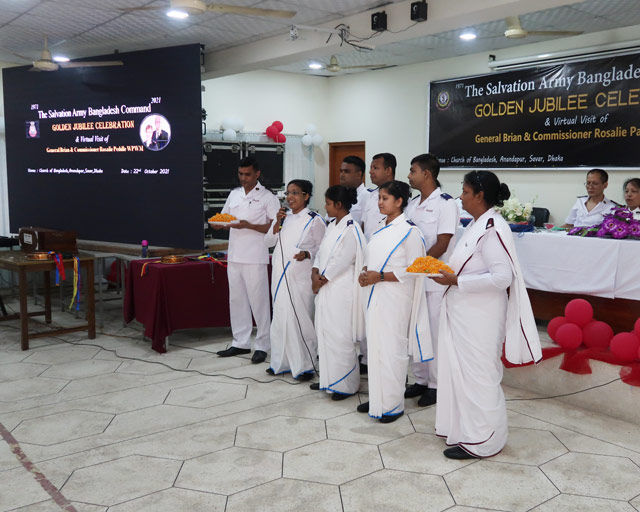 Officer Commanding Lieut-Colonel Zothanmawia Khiangte shared a Bible verse for the command: ‘All these things shall be added to you’ – an excerpt from Matthew 6:33. The colonel made clear to his listeners that this will only happen when God’s people seek his Kingdom.

When the call to the mercy seat was made, officers and cadets moved forward to pray together and surrender their lives again to the Lord.

The anniversary celebrations were a blessed time of sharing, with some people meeting together for the first time in almost two years.

This was not the end of celebrations in Bangladesh. Gatherings for soldiers, friends and supporters of The Salvation Army will take place in Dhaka and South Western Districts later in November and plans are being put together for an event in 2022 that will involve other churches and organisations.