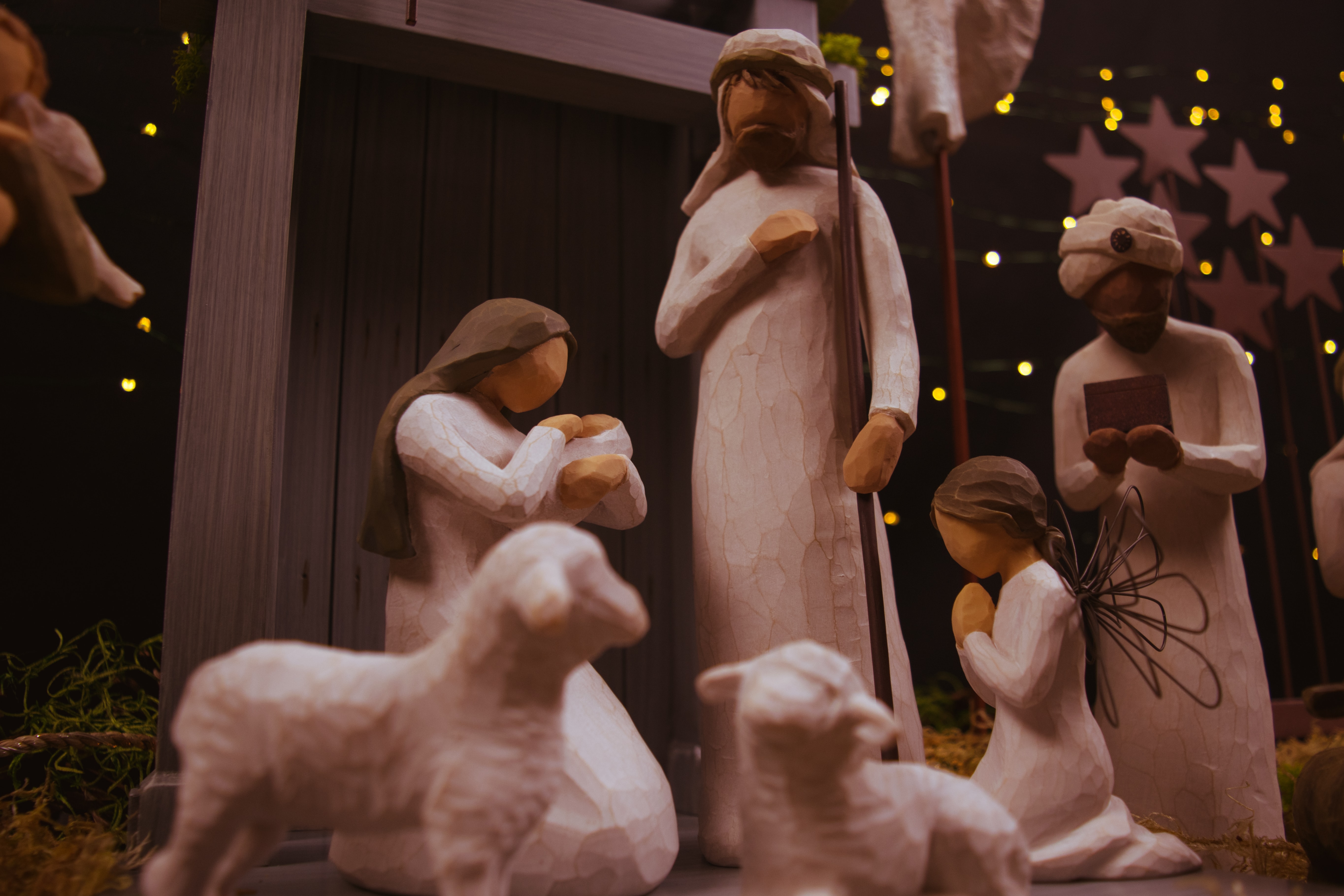 The countdown is on! Christmas will soon be celebrated all around the world in a variety of traditions and customs. Yes, ‘Christmas will be different’, but my heart is leaping with excitement and anticipation! Why? Because everything about the message of Christmas is extraordinary! We just have to look for the miraculous in the mundane.

For me, music is something that quickly brings miracles into the mundane. Many times, I have listened to a song and entered the presence of the Lord, letting his glory fill the room! The music of the Brooklyn Tabernacle Choir has a special way of setting my heart on fire. I just want to sing along and celebrate! However, I’m not sure the passers-by on London’s Southbank would appreciate my dancing!

There are also times when the words of a song speak so deeply into my heart that tears have flown freely. I believe that in these moments, God sends his angels to sing over us. The shepherds experienced the angels’ song in an extraordinary way as a magnificent display of God’s glory filled the skies with a worldwide message of hope and salvation.

The angels had a special involvement in the preparations and announcement of the birth of Jesus. There is just something beautiful about these Christmas angels. As a little girl, my youngest daughter made certain she was one of the angels at every Christmas play. I asked her why and she replied, ‘Because they were the most important people at Christmas. They gave important messages, they went to Bethlehem to tell the world that baby Jesus was there… And they were the best singers ever!’

It was an angel that told Mary she would give birth to Jesus. An angel warned Mary and Joseph to flee to Egypt. An angel told them it was safe to return to Israel. An angel announced the birth of Christ to the shepherds. And if that wasn’t extraordinary enough for you: after the angel announced the good news to the shepherds, out of nowhere the sky filled with a multitude of angels! An uncounted number, a vast array of bright, shining beings filled the night sky and praised God. They sang, ‘Glory to God in the highest heaven, and on earth peace among all people who bring pleasure to God!’

What a majestic moment for the world! A remarkable meeting of Heaven with earth. Don’t you wish you were there? The birth of Jesus brought angels and shepherds into the same space, the highest met with the lowest. To add to the extraordinary, the angels brought the gift of peace to the earth. Their song was so powerful that it revealed a divine peace to the shepherds. This kind of inner peace comes from God, not from the world.

The world longs for peace. Just as the angels brought peace then, I believe they can today. Their message of hope and faith remains the same! Let’s pray for peace in the midst of doubt and turmoil, of fear and the unknown. In recent days, the world’s media have celebrated the discovery of a vaccine to fight COVID-19. The headlines in the papers praise this ‘great day for humanity’ and I too celebrate the good news. What an answer to prayer!

In our rejoicing, let us not forget that the first Christmas was the greatest day for humanity! Fear was forever replaced by hope. Hatred could become love. The greedy started sharing. Those in bondage found freedom. Our broken world was transformed!

My prayer for this Christmas is that we will joyfully sing with the angels for the glory of God! Let’s remind the world that without the grace of God, we would have no peace, no joy and no reason to celebrate Christmas. This year I hope you find your place in the Christmas story. Display extraordinary courage as you joyfully obey, like Mary. Be ready to follow the path that leads to Christ, like the shepherds. Receive peace from the angels’ song.